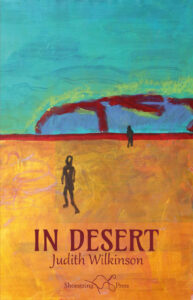 The poems in this collection enact the experiences of people who have spent time in the desert, independent characters like the long-distance runner Mauro Prosperi, who survived being lost in the Sahara, or the South-African artist Helen Martins. In a series of psychological portraits, Wilkinson explores various solitary journeys, when an individual is thrown back on his or her own resources. She homes in on what happens in the void, on the subtle emotional shifts that a stay in the desert brings with it. Wilkinson spent some years immersing herself in desert literature, researching the journeys of adventurers, artists, recluses, refugees, as well as the lives of people whose desert encounter was a figurative one, the result of illness or incarceration. Wilkinson also draws on her own experience of the desert. The encounter with this stark and magical landscape is never a static event, and those who have trekked through it inevitably emerge changed.

You can order this collection from Shoestring Press or from Central Books:  https://www.centralbooks.com/in-desert.html
John Lucas: ‘I hugely enjoyed this collection.’ This collection grew out of a friendship between Ditty Doornbos and Judith Wilkinson. They met under unlikely
circumstances, when they were both living in Groningen, both in the depths of illness. During their initially brief encounters and telephone conversations they were struck by certain similarities in their experience: the deeper the hold of the illness, the more archetypal their dreams became, full of mythical beasts and strange transformations. They both
tried to engage actively with this material and keep a record of it. Many years later they decided to collaborate on a chapbook. Some of the poems were sparked by Doornbos’s artwork, some of the artwork was inspired by Wilkinson’s poems. Wilkinson based her sequence on the dream imagery of Doornbos’s journey, in which the central image was a desert canyon that started out  as an ominous landscape and evolved into a place of regeneration.

‘Prior to this, Judith Wilkinson was familiar to me only through her translations of the Dutch poet Toon Tellegen. This sequence confirms the status of her own work. It joins the ranks of books about surviving and how to survive and it is her attentiveness to language that makes it memorable.’ D.A. Prince, London Grip. 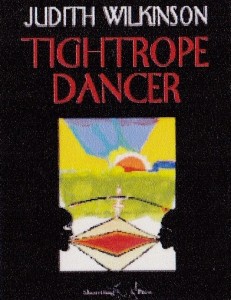 Tightrope Dancer is Judith Wilkinson’s first collection of poetry. Its title poem explores a woman’s journey within and beyond a relationship that is as creative as it is destructive and leads her to question the nature of the art that has inspired her. Language itself walks a tightrope here, inviting the reader to fill in the gaps between the stanzas, with their shifting points of view. Following a number of poems written from a perspective of solitude, the collection moves on to the paradoxes of another relationship, one that is both intimate and distant. The final poem celebrates a woman’s attempt to redefine herself. 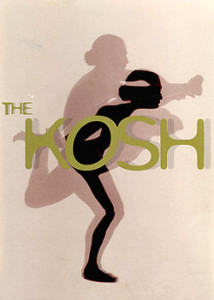 Two long poems performed throughout Britain and elsewhere by the London dance-theatre company The Kosh.

The two dances, Circuit Breaker and Upstart, have been performed separately and as a double bill entitled Just Below the Surface. A film of the two dances is available via www.thekosh.com.

Poems published in a range of journals and anthologies, including: