Hanny Michaelis (1922 – 2007) is an award-winning Dutch poet, known for her concise, almost epigra mmatic poems. Hers is a poetry of restraint, but it is an impassioned restraint. As the daughter of Jewish parents who died in Sobibor, she was faced with loss at an early age. She spent the latter part of the war in hiding, being moved from one place to another whenever there was a risk of betrayal, and all the while she went on writing poetry and kept a diary. In sober, pared-down language she unflinchingly confronts her harrowing experiences, vividly recording her emotions, but without any note of self-pity. Her love poems, some of which arose from her difficult marriage to the well-known Dutch novelist Gerard Reve, are at once tender and critical, mournful and ironic.

Longlisted for the Vondel Prize 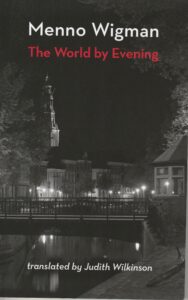 many awards to his name, and his early death sent shock-waves through the Dutch literary world. His work has been placed in the tradition of European Romanticism. At times echoing Baudelaire, and equally preoccupied with the darker sides of urban life, Wigman has been called the dandy of disillusion. But his poems are never indulgent and tend to move from doubt to recommitment, from ironic detachment to passionate engagement. His work is stormy, full of tension, scathing one moment and tender the next, with an uncompromising self-scrutiny implicit in the undertaking. He offers us poetry as ‘divine trauma’: a raw lyricism that refuses any easy coming to terms. Now that his work is increasingly appearing in translation, Wigman is beginning to be recognised as an important voice in European poetry.

Toon Tellegen, Under a Giant Sky, 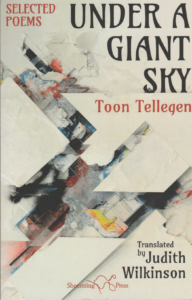 Toon Tellegen is one of Holland’s major modern writers, and his work has been widely translated. In his candid style, steeped in the absurd, he explores the unpredictability of human nature. Many of his poems are short, psychologically telling character sketches, in which his sympathies tend to lie with the underdog. There are also tender, tentative poems dwelling on the passing of time and on the twists of fate that befall us; poems that play with ancient fairy-tale themes; poems that read like little stories or parables; and more philosophical, abstract poems that nevertheless have a strong heartbeat. His work is urgent, rich in startling dialogue, and frequently takes place at the limits of life. This long-awaited, broad selection illuminates the range of Tellegen’s highly original poetry, tracing its development over nearly four decades. 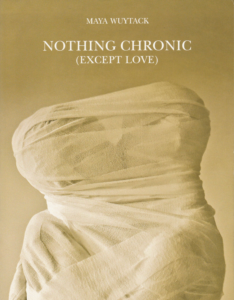 Reckless, tender and extravagant, Maya Wuytack’s poems confront us with the absurdity and glory of existence, consoling us with their surreal beauty. This debut collection brims with yearning and desire, mutiny and mysticism. With images of startling technicolour, Wuytack draws us into her sensuous universe.

Hagar Peeters, City of Sandcastles, translated and with an introduction by Judith Wilkinson, Shoestring Press, 2018 Hagar Peeters, born in 1972, found her voice early, and she is today one of Holland’s best-known poets. Her passionate first collection gained her immediate recognition as a bold new voice. A strong physicality shapes her language, a language marked by deliberately halting rhythms and playful shifts in tone. Much of her work examines the subtleties of human motivation, without ever losing its immediacy. In her earlier poems she often scrutinises love and family relations, but in her later work there tends to be a sharper historical awareness and social engagement. Whilst knowing exactly where her focus must lie, her work always retains a certain freshness. There’s something unapologetic about her work, which avoids anything stereotypically ‘feminine.’ Peeters has always been wary of literary coteries. She once said: ‘Poetry challenges the conformist way in which people destroy one another. This is why art corrects nature, with its survival of the fittest. I don’t even want to conform to myself.’ 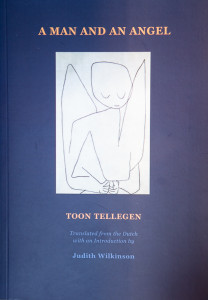 In this new collection by the internationally acclaimed Dutch poet Toon Tellegen, the poems enact a battle between a man and an angel, a never-ending fight that is difficult to quantify and yet seems instantly familiar. We witness man under pressure, wrestling with something primal: a volatile, temperamental spirit that is both a plague and a challenge. In the see-sawing dynamics of each encounter, worthy of the best absurdist theatre, Tellegen stays close to the pulse of the emotion, evoking the turbulence of an intimate struggle, where man and angel become interdependent. In the Netherlands, critics have praised the collection as one of Tellegen’s very finest, and the book was reprinted soon after its first publication. 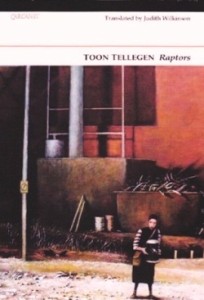 With the economy of a proverb and the psychological insight of a novel, Toon Tellegen’s acclaimed sequence Raptors depicts the dynamics of a family held hostage by the mood-swings and histrionics of a father, a figure both comic and terrifying, grotesque and pathetic. Tellegen’s mercurial imagination evokes the dark archetypes of European folklore and reanimates them with a sophisticated sense of the endless fluidity of relationships, the instability of interpretation. An improvisation on a theme, circling back to ‘my father’ at the start of each poem, Raptors builds to a story without narrative, its extravagant imaginative leaps into absurdity held within a framework of tender observation. Toon Tellegen’s translator Judith Wilkinson has worked closely with the poet to create English poems that capture the startling clarity and inventiveness of the original Dutch. Raptors has the rewarding intensity of a modern classic. Toon Tellegen, About Love and About Nothing Else, translated by Judith Wilkinson, Shoestring Press 2008. Cover art: Eva Spakman.

Toon Tellegen is considered one of Holland’s finest poets and he has received many awards. These tragicomic poems convey human predicaments with great economy and vitality, often rendering them in the form of dramatic stories or dreamlike events. ‘His poetry is full of cheerful human misunderstanding. With their fairytale speed, his poems encompass entire novels.’ Herman de Coninck Miriam Van hee is one of the best known Flemish poets writing today, with numerous major awards to her name. Her poetry is known for its quiet power and simplicity of language, the kind of simplicity that is hard-won. ‘There is a strong involvement with the human condition in contemporary society – the disorientation of the individual, the consequences of political, social and ideological mechanisms – but these factors are never mentioned explicitly. Rather, they emerge as a natural contrast to the poems’ economy of syntax and diction.’
Lloyd Haft

Hanny Michaelis, In an Unguarded Moment, poems translated by Judith Wilkinson, published as an on-line chapbook by www.languageandculture.net in 2005.

Nynke Laverman, Wachter (‘The Art of Waiting’), was released on 10 June 2016. The song lyrics were translated by Judith Wilkinson and published in the booklet accompanying the CD. Nynke Laverman, Alter (CD): song lyrics translated by Judith Wilkinson and published in the booklet accompanying the CD. For this album, Laverman collaborated with the famous Spanish producer and flamenco guitarist Javier Limón.

Work by a range of Dutch and Flemish poets, including:

These translations have appeared in a range of journals and anthologies, including: September 2009: ‘A poem for Henry Hudson’ – a translation of Toon Tellegen’s poem: ‘Een gedicht voor Henry Hudson’, written by Tellegen for a gala poetry evening in New York in the context of the Henry Hudson celebrations. A pamphlet, A Poetic Celebration of the Hudson River, containing work by all the participants, was published by Carcanet in 2009.

2008: a number of poems translated from the Dutch for The European Constitution in Verse, Cahier Passa Porta, Brussels 2008. 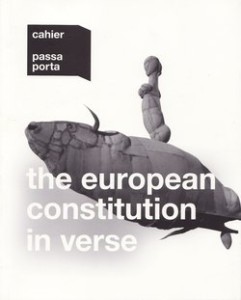 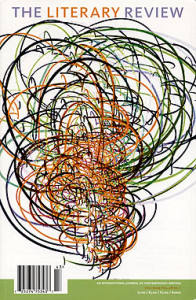 Articles on contemporary Dutch and English poetry published in English Studies (on Geoffrey Hill), Envoi (on the subject of poetry and dance), Poetry International Web (on Toon Tellegen and on Hanny Michaelis), Tzum (on Toon Tellegen).

October 2011: contributed a set of ‘rules for translators’ as part of a project run by www.arablit.wordpress.com. 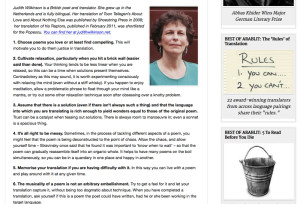 An interview, together with Toon Tellegen (interviewer: Sasha Dugdale), on the translation of Raptors, published in Modern Poetry in Translation in 2013.